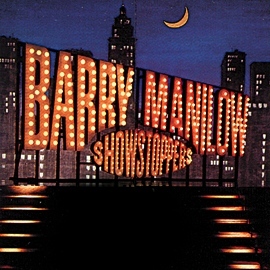 In putting this album together, I rediscovered my passion for the Broadway Musical. What I found in my research awed, inspired and humbled me. The talent, the craft, the history and the wealth of music that exists in this world is stunning and I can’t wait to share some of what I found with you.

I began my research for this album in November of 1990. I thought that it was going to be quick and easy because I thought I knew my Broadway musicals. Forget it!

I began by listening to all my old Broadway Original Cast albums. It was fun and entertaining listening to those great songs again, but I was curious as to how much more there might be out there. I began calling friends asking to borrow their favorite Broadway albums. Then I went further. I would steer conversations towards musicals and ask everyone for their favorite show tunes. I bugged business associates and friends to put together lists or cassettes of their favorites. Everyone, it seemed, loved this musical area. Soon it had turned into a treasure hunt for me and from there it became a mission!

“Could one man unearth EVERY SINGLE SONG THAT HAD EVER BEEN SUNG OR WRITTEN FOR THE BROADWAY STAGE??!”

I began calling composers of Broadway musicals. Jule Styne rattled off standard after standard that he’d written from one historic musical to another. Cy Coleman told me of the new show he’d written with Betty Comden and Adolph Green called “The Will Rogers Follies” and that he thought there was a song in it I might like. Fred Ebb sent me a cassette of he and John Kander singing twenty fantastic original songs. Craig Carnelia sent me lead sheets and demos of great songs from revues he’d written. They were all great songs and I decided I wanted to record all of them!

I tracked down reference books the size of telephone directories and went through hundreds upon hundreds of song titles. All of them sounded interesting!

Stores that specialized in rare records such as “Footlights” in New York, and “The Record Collector” in Los Angeles became invaluable. The people at Hollywood Sheet Music became good friends! Frank Military at the Warner/Chappell music publishing company sent me cartons and cartons of song books filled with hundreds upon hundreds of songs. I went through each and every one of them and I decided I wanted to record them all!

My music studio was so crammed with music books, cassettes, CDs and albums you couldn’t walk into it without having to step over things.

After four months, I put together a list of the songs I wanted to include on this album. The list ran 50 pages long and included over 500 songs!

It was amazing. I had no idea of the vast amounts of riches that came from the world of the Broadway musical.

I found many famous and beloved songs had come from shows that had lasted only two nights! Conversely, there were hit shows with great songs in them that no one had ever heard of! Funny songs that had me roaring; deeply moving songs; lyrics that left me breathless, melodies from the angels! My respect for Leonard Bernstein, Cy Coleman, Stephen Sondheim, Jule Styne and Kander and Ebb soared. It was a musical feast for me and when I was done with my research I found myself more passionate than ever about this area of music.

Cast Albums from Broadway shows are unique. Since each song comes out of a specific situation, the musical arrangement and performance is bigger and more alive than a typical 32 bar pop song.

I decided that I wanted this album to sound like an Original Cast Album from a Broadway show that never existed – only in my mind. I wanted somehow to convey my passion and my respect for the writers and creators in this world.

In the “Overture Of Overtures” I attempt to pay tribute to this exciting element – the Broadway Overture. It features great moments from great Broadway overtures (There were so many choices that this piece alone could have filled up the entire album!).

I wanted each song to sound as if it were lifted off the stage of a Broadway show. With the help of Ken and Mitzie Welch, and Eddie Arkin, I restructured many of the songs so that they would sound original and contemporary, but would still retain their Broadway integrity. I wanted the listener to be able to imagine situations happening as the songs played.

Ken and Mitzie were invaluable. Many of the songs on this album would not have been rendered as uniquely if not for their input. Working with arranger Billy Byers was an honor. Artie Butler, Randy Kerber and all of the dozens of first-rate musicians made this experience a joy. My thanks to our superb engineer Don Murray. Collaborating with Eddie Arkin on this project made this experience richer for me than I can describe.

The music on this album is merely the tip of the iceberg. If you enjoy it, I encourage you to investigate the world of the American Musical Theater and discover what I did. I also encourage you to support live theater in your own community whenever you can. It is a world where excellence abounds. With support and nurturing it will continue to give us pleasure for years to come.

Thanks to my friends and colleagues at Arista (Honora Bauman, Rick Bisceglia, Rick Bleiweiss, Eliza Brownjohn, Marty Diamond, Bill Gaden, Garth Harris, Minoru Ishijima, Arnie Kaplan, Al Kiczales, Ken Levy, Roy Lott, Rose Gross-Marino, Tim Prior, Michael Pollack, John Preston, Carolyn Quan, Mark Rizzo, Melani Rogers, Osamu Sato, Bruce Schoen, Russell Sicklick, Milton Sincoff, Phil Wild, Tadatoshi Yoshida, Dickie and Sugah) and at Stiletto (Melanie Baldwin, Stewart Ellner, Marc Hulett, Les Joyce, Rob Kief, Anita Puckett adn Hilda Woodmore)
Special thanks to Clive Davis for once again giving me the platform and the opportunity to create a work that I love; to Garry Kief for all of his support and guidance; to Barbara Cook, Michael Crawford and Hinton Battle for sharing their enormous talent with all of us; to Steve Wax, to Jonathon Karp for his valuable input, to all the music publishers whose cooperation was essential to this project, and most of all, to the gifted composers and lyricists whose work I’ve had the honor to perform.
Eddie Arkin Special Thanks
This is a project born of purity and I feel honored to be in the company of so many talented and special people.

Special thanks to all the musicians who played in the orchestra, Randy Kerber for his always beautiful piano and synth work, and our extraordinary rhythm section players, Abe, Carlos, John, Dean, Mitch, and Chuck.

Special thanks to Jerry Hey for his fabulous horn arrangements and to my friend Bruce Broughton for his conducting.

Special thanks to the staff at Rumbo Recorders, Vicky, Candy, Shawn, Tom, and Jim, for seeing that the large orchestra sessions came off without a hitch.

To the staff of Stiletto, Les, Marc, Stewart, and Garry, thanks for making the business side of such a large project run so smoothly.

To Don Murray, our engineer, your work is always impeccable; you set new standards for he words High Class and Hi Fi.

To Billy Byers, you raise the art of arranging to its highest form. Your work is technically brilliant and emotionally exquisite.

And to Barry, there is no greater pleasure for me than to see someone who loves their work so much. I feel privileged to be a part of a project where music was done for music’s sake and I’ve never seen your talent shine brighter.