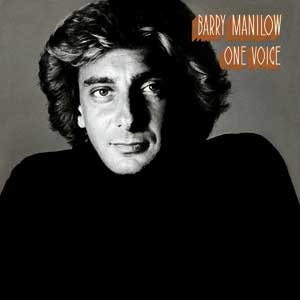 The album cover was done in black and white. It makes sense, too, because I was going through what I call my “gray period,” and I was feeling introspective.

I wrote a song with Enoch Anderson about a divorced father who sees his child on weekends, called “Sunday Father,” and another with Bruce Sussman and Jack Feldman – “You Could Show Me” – about being brave enough to ask for help.

“Ships,” written by Ian Hunter, was another intimate song about parents, and “Where Are They Now” is a wonderful song by the talented Richard Kerr and John Bettis about missing old friends.

And, of course, “One Voice,” which came to me complete in a dream one night (really!), is one of my proudest creations.

The bonus cut on this reissue is “They Gave In To The Blues,” with a wonderful and wise lyric by Marty Panzer.