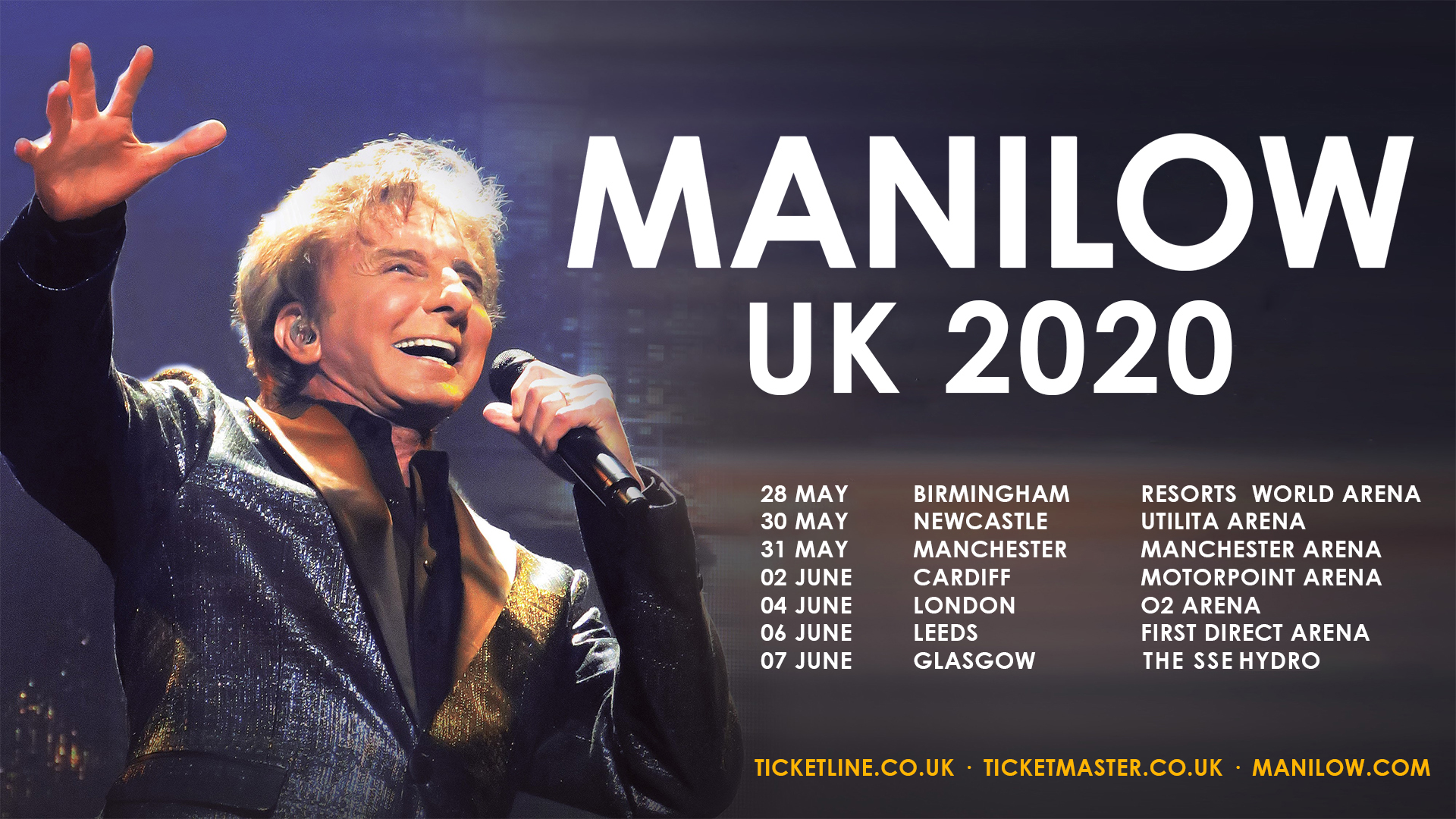 Tickets on sale 9am Friday September 20

The first concert is at Birmingham’s Resorts World Arena on May 28th followed by Newcastle, Manchester, Cardiff, London, Leeds and Glasgow on June 7th.

The GRAMMY®, TONY®, and EMMY® Award-winning musician’s career skyrocketed to superstardom when his mega hit song, “Mandy,” topped the charts in 1975.

MANILOW UK 2020 is a co-production of Kennedy Street and STILETTO Entertainment.

Barry Manilow’s unparalleled career encompasses virtually every area of music, including performing, composing, arranging and producing. A Songwriters Hall of Fame inductee, Manilow has triumphed in every medium of entertainment.  With worldwide record sales exceeding 85 million, Barry Manilow is ranked as the top Adult Contemporary chart artist of all time with over 50 Top 40 hits including 12 #1s and 27 Top 10 Hits.  He is ranked as the #1 Adult Contemporary Artist of all time by Billboard and R & R magazines.  Rolling Stone Magazine refers to Manilow as “the Showman of our Generation.”