Manilow Strips Down To Nothing But A Piano...Worldwide! - Barry Manilow \

Manilow Strips Down To Nothing But A Piano…Worldwide! 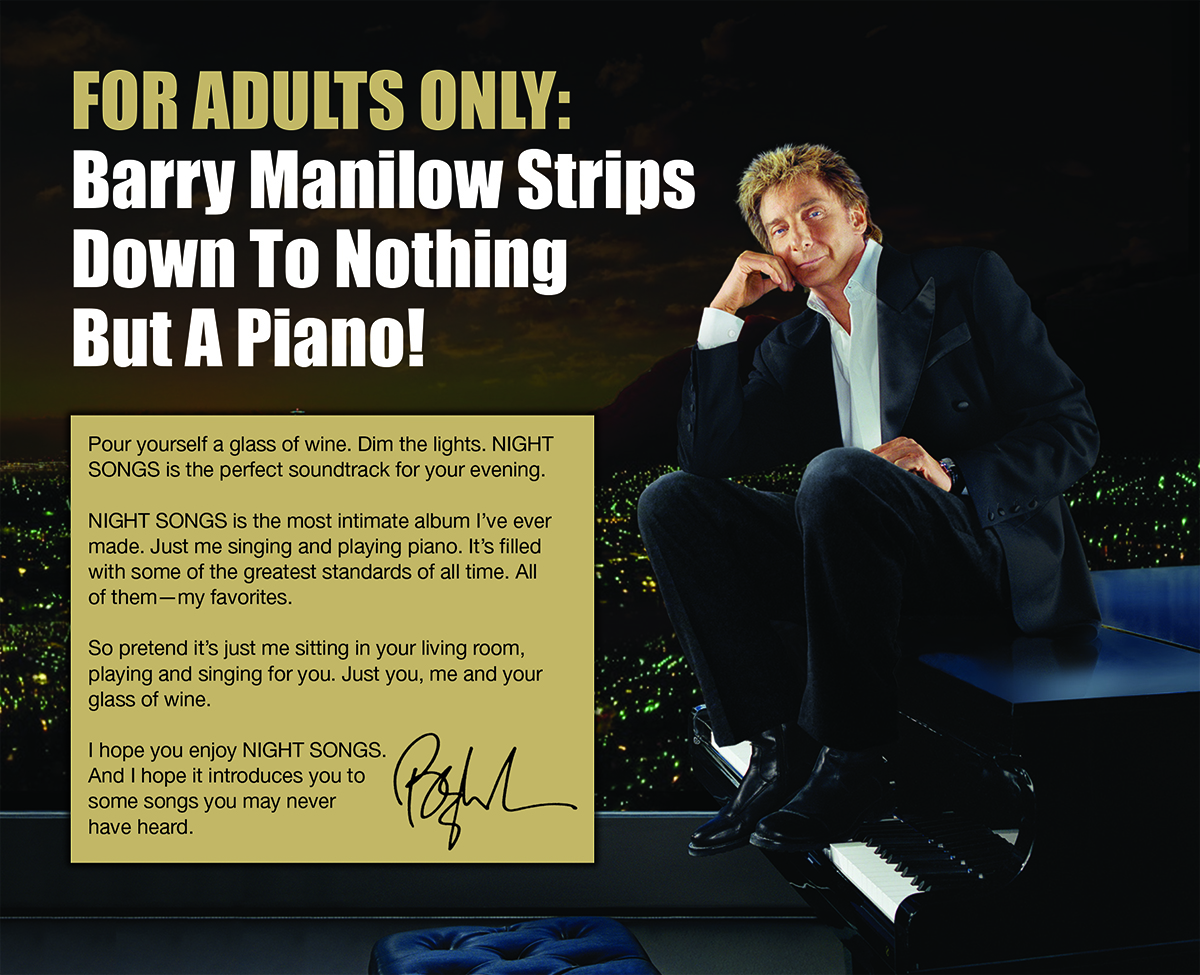 Four years ago this week, Night Songs, Barry’s intimate album featuring just him and a piano was released.

The album debuted on the chart at number eight on the Billboard 200 chart and earned a Grammy nomination for Best Traditional Pop Vocal Album.

It was only released on CD and vinyl in the US and Canada…until now!

Stream it.
Download it.
Save it to your collection.
From anywhere!

Pour a glass of your favorite libation, kick up your feet, queue up Night Songs, and enjoy your weekend.
You deserve it.